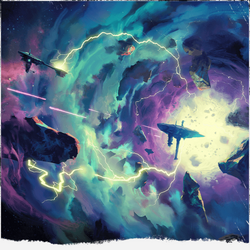 The Zavian Abyss is a map in Star Wars: Squadrons.[1]

"The Zavian Abyss is a hazardous area of space in the Expansion Region. It's filled with asteroids charged with electrical energy from the surrounding maelstrom, and the shipwrecks of those who dared to venture inside."[1]

Behind the Scenes[edit | edit source]

Retrieved from "https://squadrons.fandom.com/wiki/Zavian_Abyss?oldid=1622"
Community content is available under CC-BY-SA unless otherwise noted.